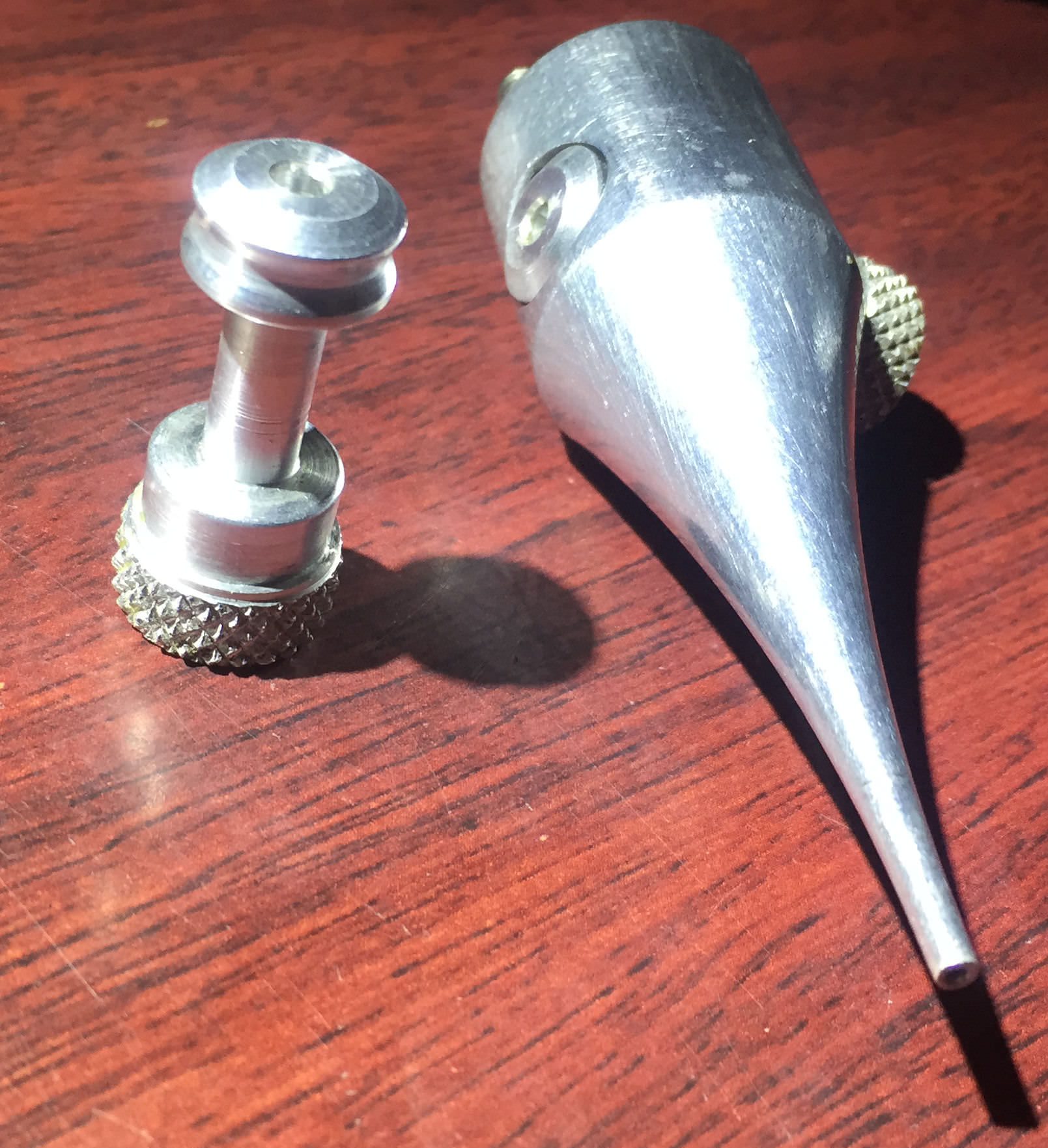 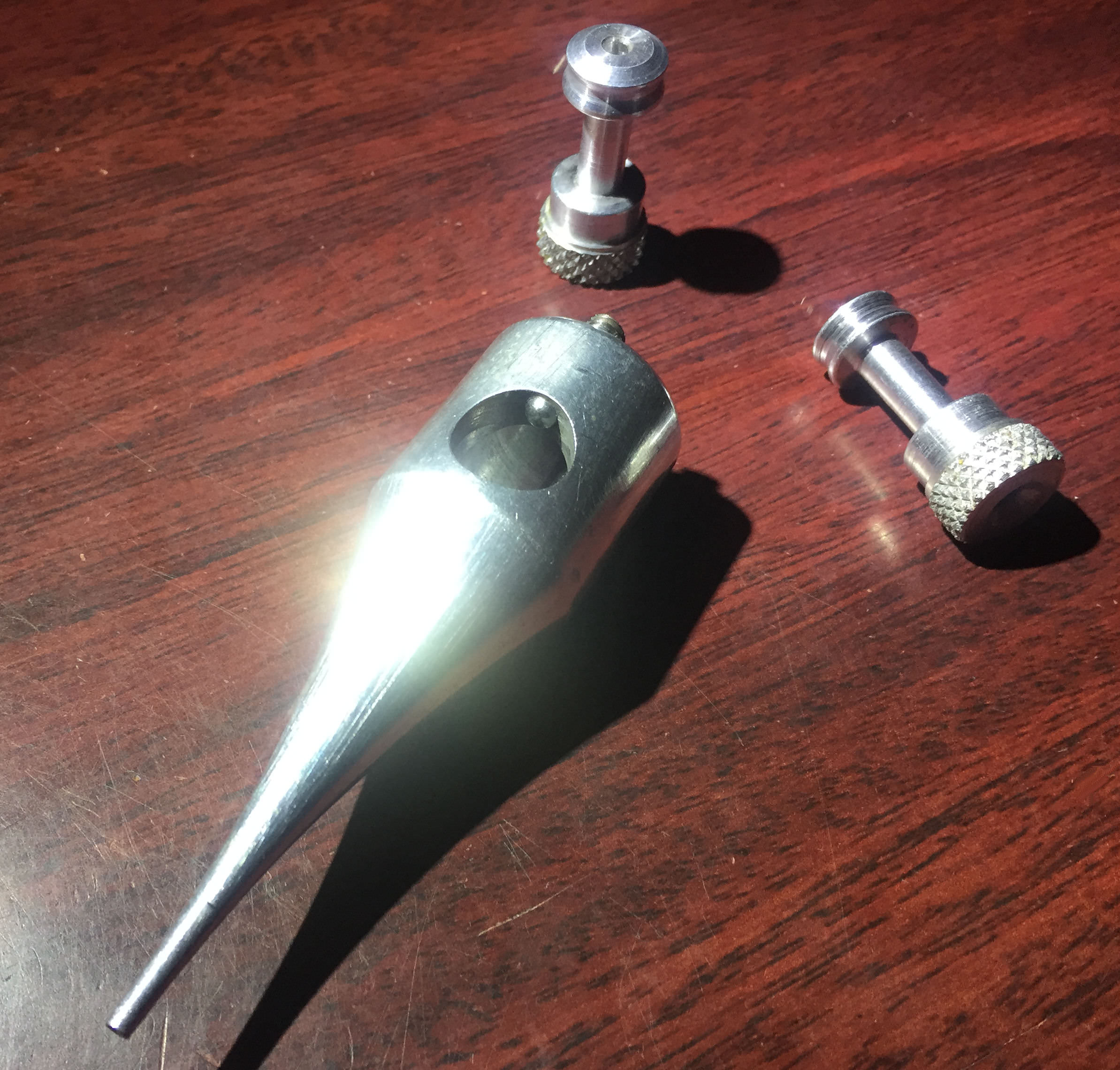 I would post the same question on Classic Fly Rod forum, where you'll almost certainly find someone who can identify it.
Last edited by Ron Mc on Fri Aug 24, 2018 1:32 pm, edited 1 time in total.

By kickingback -  Fri Aug 24, 2018 12:25 pm
-  Fri Aug 24, 2018 12:25 pm #2273503
Thanks Ron. I think it is older than the 90's as there were many new bobbin styles that were much better came out then I thought. I bought it with a few other hard to find Herter's tying tools. I got a hard to find half hitch, wing pliers, scissors, plastic handle bobbin with Herter's stamped on it, and two hackle pliers. These are plainly marked with Herter's name and I have seen them in catalogs and on the web. This made me think it was a Herter's but I have never seen a all metal bobbin from Herter's, only Thompson.
Here is another I need to find out about. Can't find any information it either. 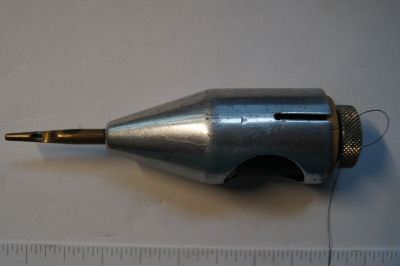 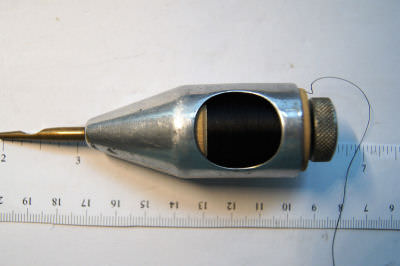 I have these in my collection as well. The Thompson metal bobbins I have two of one with a metal spool and the other with few plastic spools included. The wodd bobbin is a Perry Bobbin made long ago. The long skinny is a Thompson. I got a hard to find Thompson Bobbin rest for the metal bobbin as well. 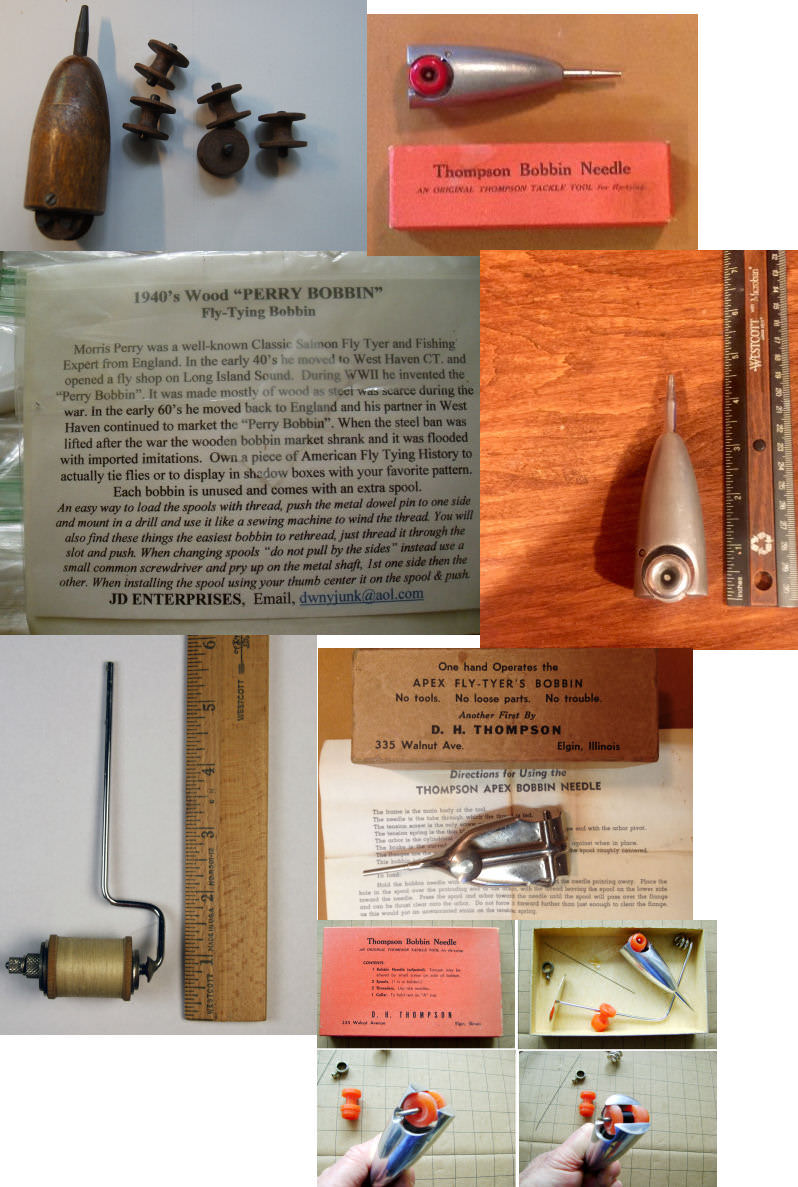 I have these as well but not as old. This is the Wasatch version of S&M bobbin. I have both short and long S&M in plain and with Wasatch wood. 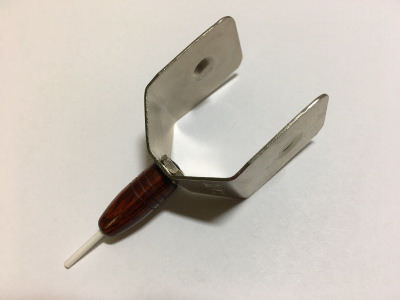 And I am trhowing this one in as well. It is cool as it has a foam insert where the thread goes through. This keeps the thread and tube clean all the time. Nice heavu feel as well. 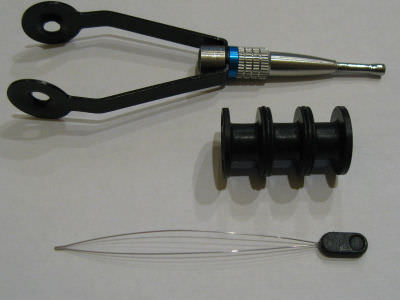 And I have the Norvise as well. 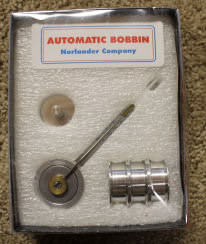 By Ron Mc -  Fri Aug 24, 2018 12:55 pm
-  Fri Aug 24, 2018 12:55 pm #2273507
it can't be too old with an allen-socket set screw, and note even the opposite ends of the knurled thumbscrews (spool axles) have allen sockets - Allen hex weren't in widespread use in the years around the war, and really, didn't become common until bicycles switched to them around 1980.
Earlier, Phillips or flat screwdriver would have been the tool choice. I can show you 1975 bicycle parts that used screwdriver slots on setscrews, and none after 1980.
My guess is some machinist/fly-tier looked at the old style bobbins, and recreated his version for boutique fly shops.

Looked it up some more and found this Wiki in set screws. It shows a picture of an ad from 1913 for set screws.
I agree with you by the looks with t he ball and set screw that it looks modern but what if someone used it years back to make this bobbin? I will keep searching and post if I find anything. Thanks again Ron!

I use the trolling motor to spots then raise it up[…]

Nice for the solunar tables as you can click on m[…]