By Ron Mc -  Thu Feb 21, 2019 7:14 am
-  Thu Feb 21, 2019 7:14 am #2282712
Then consider that many people who use this format may not wish to give you that much control over their time and attention - many have a wife who normally and rightfully demands the same control over their time and attention.
Others have been fly fishing the hill country 50 years, tying flies 40 years, repairing fly reels 30 years, have gone to the trouble to long ago write the essays that answer the questions you asked this week, then published a video next week proclaiming yourself immediately qualified to replace that effort. Maybe you should link to what they did before, and with better editing.

Ron Mc wrote:Then consider that many people who use this format may not wish to give you that much control over their time and attention - many have a wife who normally and rightfully demands the same control over their time and attention.
Others have been fly fishing the hill country 50 years, tying flies 40 years, repairing fly reels 30 years, have gone to the trouble to long ago write the essays that answer the questions you asked this week, then published a video next week proclaiming yourself immediately qualified to replace that effort. Maybe you should link to what they did before, and with better editing.

For the fly tying, make it one thread, include a link to your video, and require yourself to include one photo of the fly in BB format so people at least know why they might want to click on your video.
If you have the ability to edit your videos, you have the ability to capture a still that distills the point of your post. It's not much more effort to title your fly photo, or describe in text where you went, what you did, and why I want to click on your video.
Otherwise, slapping blind link after blind link on the forum is both lazy and demanding.

Thanks, so what you are saying its peoples choice to watch.

I choose not to read run-on paragraphs on threads, I'm just not going to click on a blind link and stick to it for X-number of minutes.
Last edited by Ron Mc on Thu Feb 21, 2019 7:44 am, edited 1 time in total.

If you'd like to see a couple of my written copy examples that employ editing,
First is my review of Hiyak Astral paddling shoes - I won $250 in gear for this effort
https://www.moosejaw.com/product/astral-men-s-hiyak-bootie_10355599
holy cow - they just raised the price on these by $10 - I bought mine on sale for $75

Second is my review of Kokatat goretex dry pants
https://www.backcountry.com/kokatat-gore-tex-tempest-pant-mens?skid=KOK000S-GY-S&ti=UExQIENhdDpNZW4ncyBQYWRkbGUgUGFudHM6MToyOmJjLW1lbnMtcGFkZGxlLXBhbnRz
I actually bought these at Olympic Outdoor Center with a 15% coupon, but I'm a good customer of BackCountry.

If you write an introductory post that shows you're literate and lucid, and the subject is interesting, that may give people the appetite to see more and click on your link.
Last edited by Ron Mc on Thu Feb 21, 2019 9:22 am, edited 1 time in total.

I long for the days of yesteryear, when this board had numerous active posters, and one could learn helpful information in spades, on any given day. JP Chavez put out amazing footage of his exploits, and MT Stringer was a nice writer also. We only have a few active posters left, and this board is dying. I actually miss Cuervo Jones and his Marsh Witches. I was told the other day that Stubb sold the board to someone. I don't know if it is true, but it comes from a reliable source.

In any event, I agree with Ron Mc that photos are nice in a post, so I went ahead and checked out the Kayak Buddy's video to round up some photos. Here is a picture of the Kayak Buddy himself:

Here is a still of some footage from KB's latest video which spawned Ron Mc's thoughts on the subject. I have studied the footage dutifully, but I have to admit to being befuddled as to the reason the Kayak Buddy felt this footage should be immune from the editing process:

And finally, here is a still of the Kayak Buddy originating from another video on his Youtube channel, showing him hard at work tying flies:

Now, I think most of us would admit that the video he attached is not Prof. Salt quality; the camera work was a little shaky, and I found it annoying that he kept yelling at his brother "Mike" on the video. [If I had been Mike, and my brother kept yelling at me while I was trying to fish, telling me to cast here, walk there and to "Be careful, Mike" as Mike is merely walking along a sunny, unobstructed river bank that abuts water no deeper than a foot, I would have left his Go Pro filming ass at the river and found my own spot]. Nonetheless, I do appreciate our Kayak Buddy giving it a shot, because it takes time to put together a strong video, and Lord knows some of my earlier efforts were subpar. And KB's channel does have many other videos to peruse, Ron Mc, especially if you are a fly fishing kinda guy, as I know you are. Now, the Kayak Buddy has also posted some Spurs game footage, which I admittedly did not view, since the Rockets are the only real NBA team in Texas that matters these days, anyway. And, if one is not posting videos for profit (as our Kayak Buddy clearly does not appear to be doing), I think the bar one should use to be measuring the effort should be a tad lower.

So in the end, ye old Kayak Buddy, I salute your effort, even if Ron Mc and others believe it might have fallen a tad short. Nonetheless, I implore to you take the time to mix in some proper punctuation and sentence structure. Ron Mc is right; run on sentences are icky. At the same time, though, I encourage you to keep up the posting, because we need the continued effort of guys like you. And Ron Mc, I am a fan of your posts. They educate and entertain as they should. I also agree that constructive criticism has a tendency to motivate one to up their game, so I urge you to continue the beatings until morale improves.
Last edited by shoffer on Fri Feb 22, 2019 7:36 am, edited 2 times in total.

By Dandydon -  Thu Feb 21, 2019 9:22 am
-  Thu Feb 21, 2019 9:22 am #2282723
Holy crap! Looks like Kayak Buddy has been well-schooled by Ron Mc & Shoffer! Let's hope he learned something about TKF posts & how to write them. This website provides an education on fishing, writing, & good life experiences. I hope the skilled members keep posting up their fishing trips & useful advice.
Kayak Buddy needs a hug and I'm ready for this weather to improve so I can go fishing.

I'm trying to give good advice here, because this young man has repeated the faux pas on at least 3 internet bulletin boards where I frequently contribute.

Shoffer, good editing effort on your post, counselor.
If someone wants to get after my punctuation - feel free - what can I say, I'm lazy
Last edited by Ron Mc on Thu Feb 21, 2019 9:45 am, edited 2 times in total.

Do accept my apologies on the cabin fever reference. I did not mean to suggest that you had not made it outdoors this winter. I was, perhaps not so adroitly, referring to the crappy weather we have been having, which has limited fishing opportunities for those of us in the Plastic Navy. Congrats to you for getting out on the bike; my buddy DandyDon is a fan of that sport also. 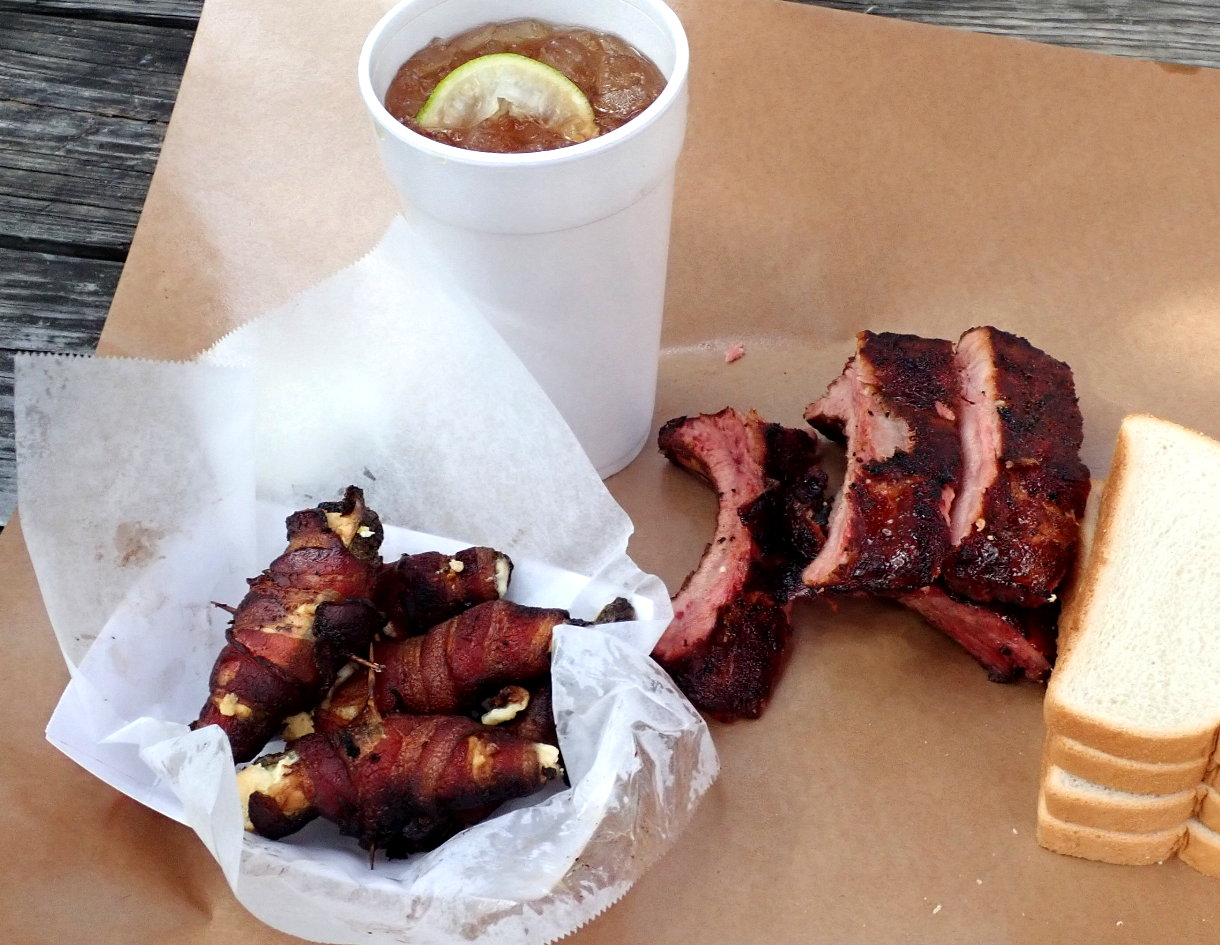 By Ron Mc -  Thu Feb 21, 2019 11:29 am
-  Thu Feb 21, 2019 11:29 am #2282732
OK, I was approached by whrlpool weeks ago on FFR about what to do about you on that forum.
He and I both recognize there is a generational difference at play, but these forums have been established over 10 years and have a manner of function and positive contribution.
People there are tired of trying to teach you by positive example.
Decided to make my stand here.
It's not about how I feel, it's about contributing to multiple forums in a positive manner - what needs to be done is for you to learn a lesson and adjust accordingly.
You have to decide whether to be everyone's bitch or learn your lesson.
Last edited by Ron Mc on Thu Feb 21, 2019 11:37 am, edited 1 time in total.

Your low effort implies your low esteem for the rest of us.

And I promise never to post a video of eating ribs, but maybe feeding the squirrel. 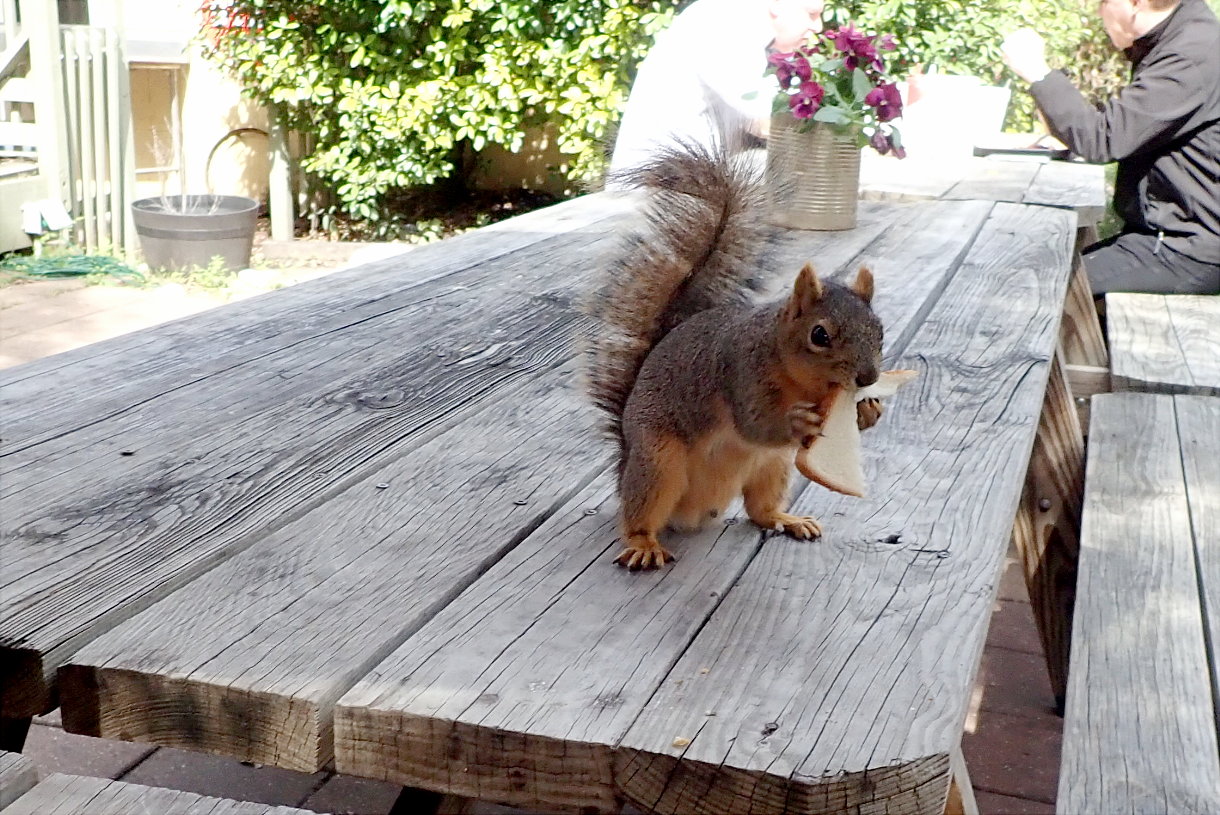 By Kayak buddy -  Thu Feb 21, 2019 12:22 pm
-  Thu Feb 21, 2019 12:22 pm #2282738
Ron these are the top external sources of where people come from to view my channels videos. Some videos are meant to watch and others are for discussion. So to say that I dont get replies from my videos isnt completely accurate. I wont go into my job description but I work from home and I do this to take a break from what I do. I apologize if I went against what is socially acceptable. I'll work on the post.

Impulse - You are correct that there appears to b[…]