After the sun rose a little more I got some better visibility, and focused on casting to the edge of grass and potholes in a sandy,grassy flat about thigh deep now.
First hit! A darting run, but the fish came off. That’s odd I thought. Felt like a nice one.
I held still and continued casting, and in short order I had another bite; again, a good bite, a fast run, and slack.Wait a second, there was a silver flash. I was thinking these were reds, and was putting a little too much pressure on these guys. Reds, with their rubber like lips, seldom come unbuttoned when hooked, but trout on the other hand...
I kept on casting and immediately hooked up again; a hard hit and a darting run, but this time I let the line gently slip through my finger tips making sure not to put too much pressure on the fish.
After a short fight, a nice trout,defeated, slid over right into my grasp. She was hooked deep on the bottom of her mouth, into her gill, and had a small bead of blood coming from beneath her gill plate.
About 20 minutes earlier I saw a small blacktip hunting nearby, so I attempted to revive her rather quickly, but despite my speedy efforts, she still went belly up. I had not planned on keeping fish, so I did not have a stringer on me, so instead of wasting a perfectly good fish and attracting some unwanted visitors, I chose to grab the fish and wade back 100 yards to put the trout on ice. After examining the trout, I noticed that she was full of eggs and might have been schooling up about to spawn.
I went back but could not locate the school again. Oh well, I knew that would be the case. I waded around a little more to try and look for more fish, but all I saw was one more lower slot red with his back out of the water, who spooked before I could get a shot.
And that was it. Not that many fish, but I was able to enjoy a nice day in the middle coast with my wading buddies.

I think the water temps are starting to stabilize and the trout, and other fish are hanging shallow a good part of the day.
I was hoping to get some shots at some sheepshead, but I don’t think they’re back on the flats yet; not the bigger ones anyways. My brother said he saw a posse of juvie convicts, but I’m not sure they ever left to begin with...Well, I guess that’s about it.


Have a good one y’all

By The Angler -  Thu Apr 25, 2019 4:25 pm
-  Thu Apr 25, 2019 4:25 pm #2285355
Yeah, the weather has been interesting this year; a lot of sporadic fronts coming through later than usual. I thought the previous weeks front would be the last and then we get another. Water temps start to look promising, and then another front to cool things down again, pushing the trout deeper. Luckily the air temps have been rising enough lately to maybe warm the flats enough to keep the fish close, even after this next one due to hit any day now.
Overall, this spring has been ok I guess. Seems like we had all our wind at the end while early spring stayed pretty calm if I recall. It’d be nice if these fronts would be more frequent in the summertime... 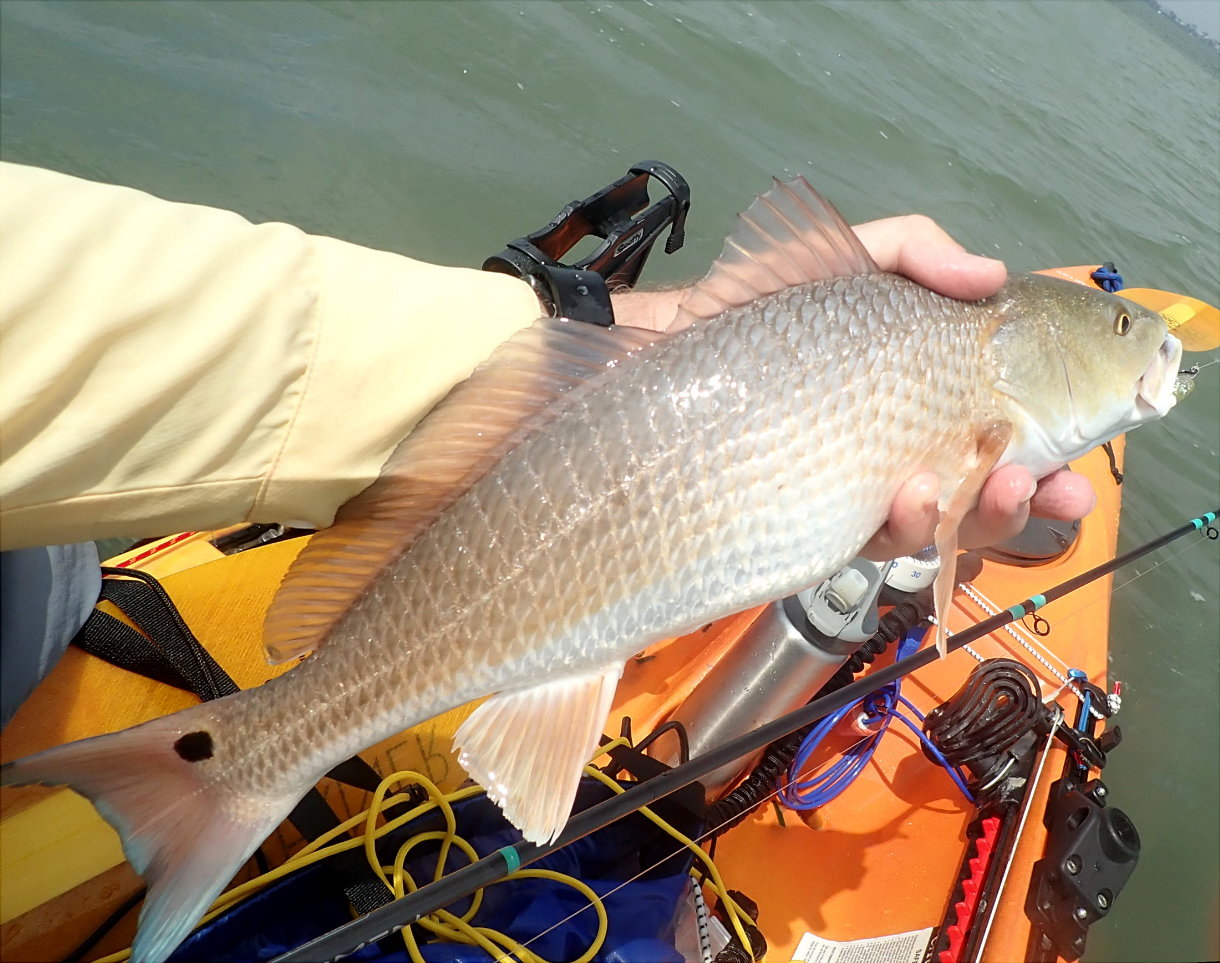 By The Angler -  Fri Apr 26, 2019 1:16 am
-  Fri Apr 26, 2019 1:16 am #2285380
The front hit here on Friday. The morning started out with zero wind then increased to 20+ from the Northwest. Spinning tackle and corks kind of day fishing Yoo-hoo colored water. Focused on fishing the clear streaks in the turbid water from a leeward shoreline; managed to call in a couple of reds and a flounder( sorry no pics), but it was a grind. I think between my buddy and me, we had 4 reds, and get this, they all had identical spots behind the rear dorsal, and were all around 24”. There’s no doubt in my mind those fish grew up in, and never left that particular lake. I thought that was pretty cool.

Saturday started from the Northwest, then switched to a Southeast. No more than a gentle breeze all day.


Y’all did do well Ron, those conditions can be a b!+€# sometimes. Hopefully this next one isn’t too brutal.

Depends on your kayaks. Put them on the trailer be[…]

Impulse - You are correct that there appears to b[…]