This was a much needed getaway for me in need of some time on a river and some fishing. I like to fish but I try to limit my catching to what I need for dinner that night and cut short of doing it for sport. I drove up late Thursday night and arrived at the campground about 9:30 then just setup my hammock and went to bed. There was only one other car in the campground when I woke up about 5:30 to 24 degrees and frozen drinking water. I quickly gathered some deadfall and got a fire going then made coffee and enjoyed the morning. After some bacon and eggs I packed up and went to the ramp. I was loaded an on the river by 7:45 and talked with Brian Sloss at the ramp a bit. He is the former owner of Eleven Point Canoe Rental in Alton and he now guides on the river. The water was a bit cloudy and he said that Greer Spring was putting out cloudy water due to the heavy rain a couple of weeks prior.

Once paddling I really took my time and just fished holes and bends in the river. I put the first fish on the stringer about 9am just below Turner Mill and did not see anyone else on the river. There were many bald eagles, more than I can remember on any trip I have been on, seemed like one every half mile. There were also a lot of otters out and about and you could tell spring was in the air as they were busy making little otters and stopped their activity momentarily as I paddled by then got back after the fun. By 12:45 I had put 2 more nice trout on the stringer which was enough for dinner but then found a hole and caught and released 3 more then stopped fishing for the day. I paddled about 2 miles past Turner Mill then found a nice gravel bar on river left which had suitable trees for my hammock and plenty of dead fall for firewood. I was off the river by 2pm and covered 11.6 miles for the day I got camp setup and then went to work on making a large pile of firewood then kicked back and started on some appetizers of sausage, cheese, crackers and a beer. Dinner was trout, boiled potatoes and an apple.

I am sure glad I decided to put my tarp over my hammock as the rain got started about 9pm and lasted until midnight. I got up at midnight to some clear skies but lightening reflecting in the sky. By 1am a round of thunderstorms came through and was all over by 4am. I slept until 5:45am which is fairly late for me. The temp was a balmy 39, and a few quick puffs on the fire I had it going again despite the rain. I had found a large half of a log and put it over the remains of the fire at midnight and that did the trick of keeping some coals alive during the thunderstorms.

Breakfast was bacon, eggs and toast cooked on the fire then packed up and on the water by 9am. Slowly drifting and fishing the holes was the trick. The fish were scattered with a hole only producing 1-2 fish. I would round a bend and see something that looked fishy and sure enough it would produce. One stretch of river just below Whitten I pulled over then waded and fished up and down some fast current and found a couple more. I pulled off in a site I have camped at many times with no intention of camping there but once I came upon a pile of large sycamore logs that had been cut I could not refuse easy firewood. I cut up a large pile of small wood, burned what I needed and left as much wood as was there when I arrived. This was only 5 miles for the day and I was off the river by 2pm. I only encountered one group of paddlers and they had camped just above me the night before and were soaked from the rain and decided to paddle out that day. Dinner would be only 2 trout to supplement my steak, a baked potato and some pineapple. I would have had 3 trout but an otter managed to sneak up on my stringer and stole one. I had seen one in the area while I was cutting wood and should have known better than leave that stringer in the water.

No rain for the night and again only 39 degrees and nice partly cloudy morning and again slept until 5:45. After another round of bacon, eggs and toast I was on the river by 7:30 now 8:30 due to daylight savings time change and arrived at Riverton by 10am. I did see two people camped out about a mile above Riverton.

Here are a few pictures and my track down the river. 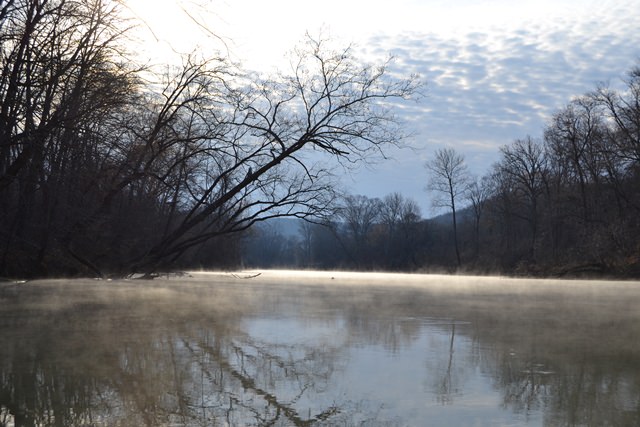 Friday AM getting started 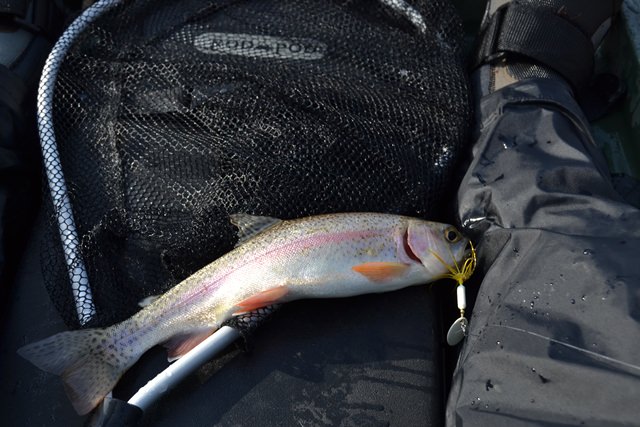 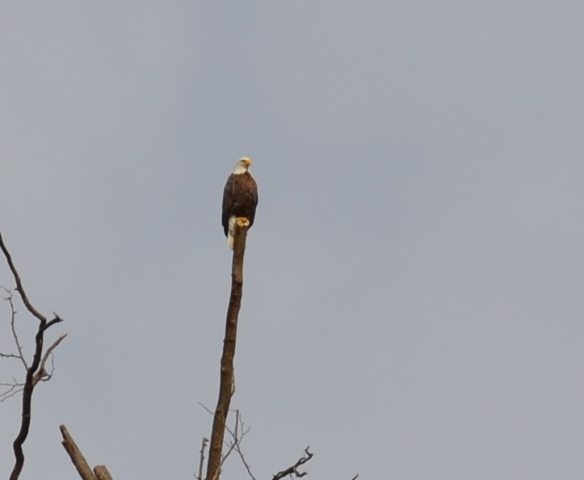 One of many >50 bald eagles seen along the river 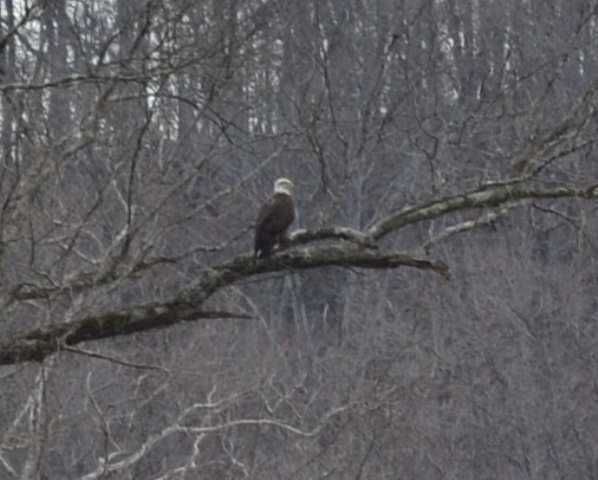 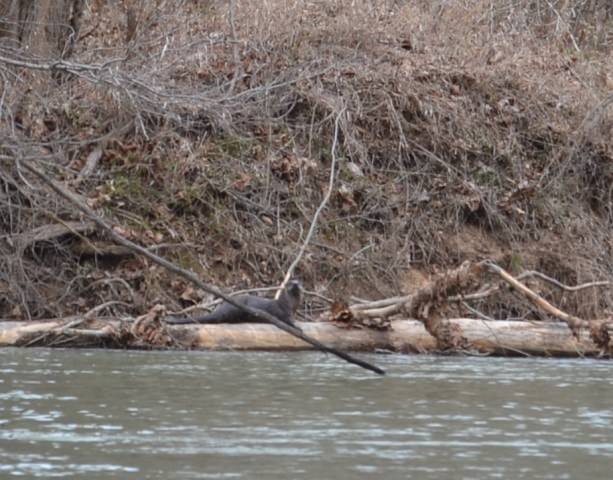 One of many otters, and a fat one 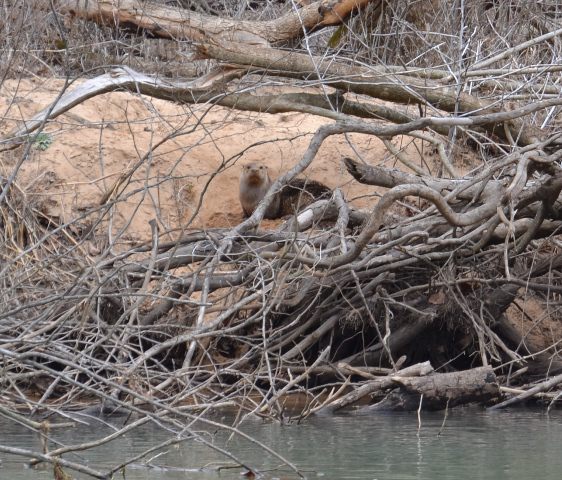 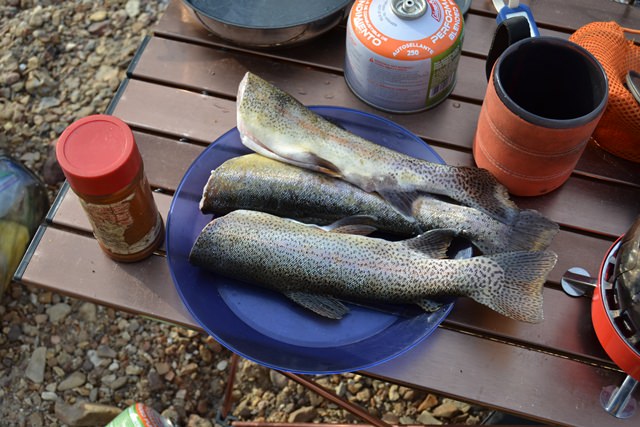 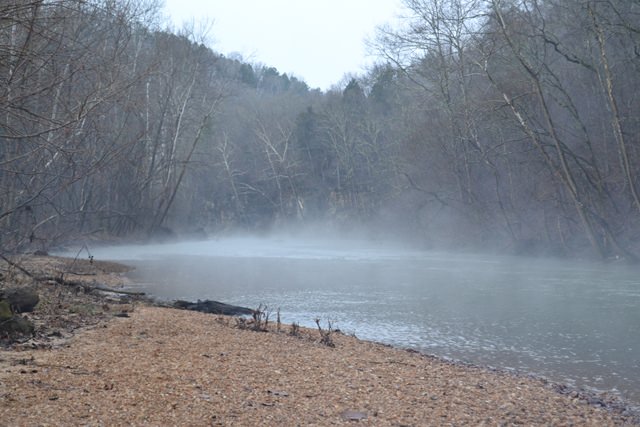 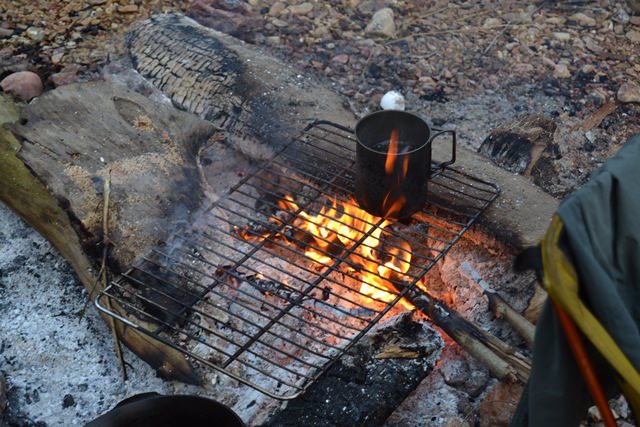 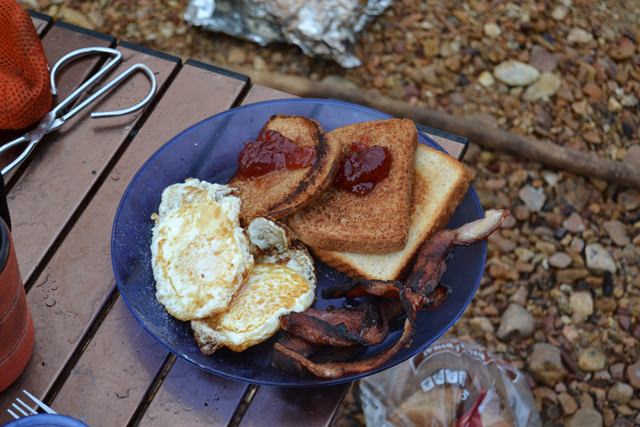 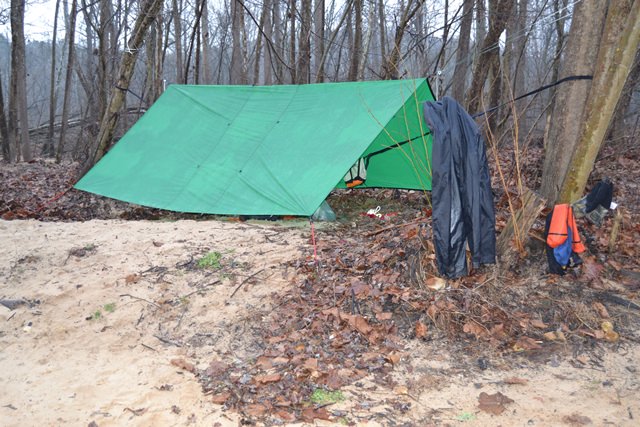 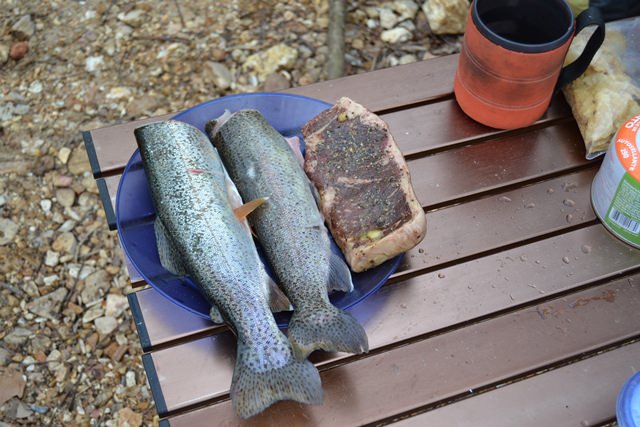 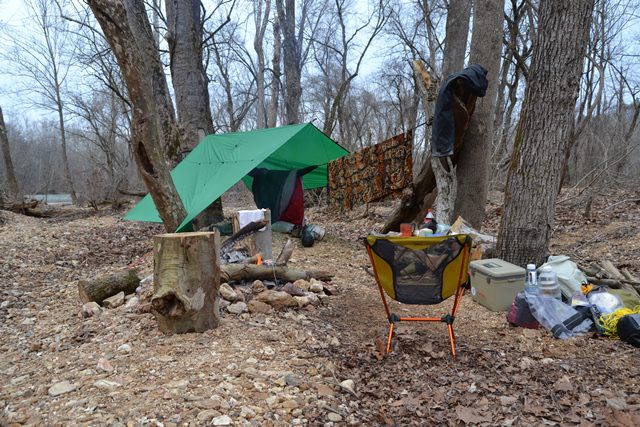 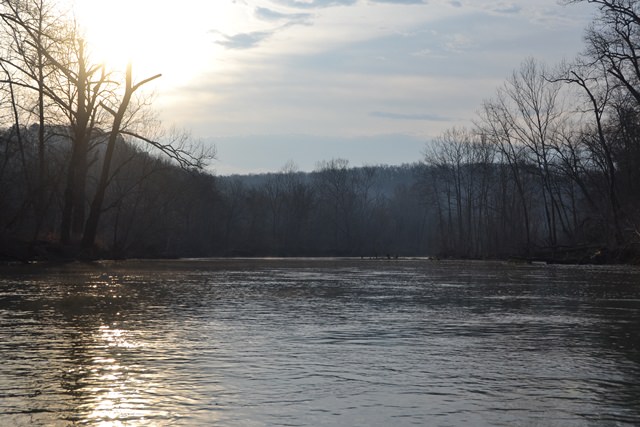 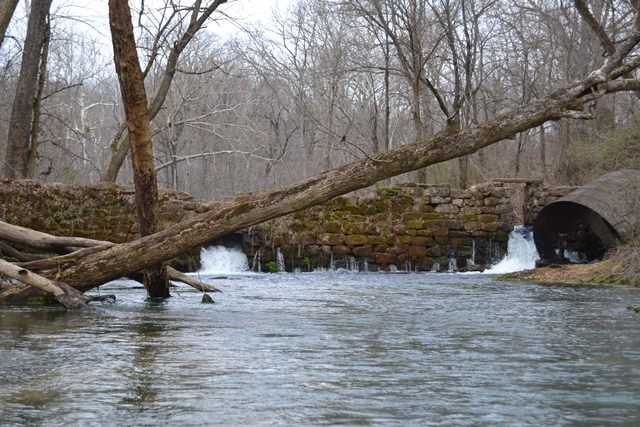 Ah, sweet report. The surf in a sustained SE wind[…]

I’d probably stick with the paddle as well, as I […]