By karstopo -  Sat Sep 07, 2019 3:41 pm
-  Sat Sep 07, 2019 3:41 pm #2292358
Went out yesterday afternoon about 1:30. This would be Bryan Beach. A reconnaissance mission. Water was early September, midday hot, to be expected, clarity good, foot and a half. Big rollers coming in, not really any chop, and the rollers kept me off balance as I stood on the second bar just outside the break in high waist deep water. Tossed the shrimp pattern out into the second gut along the bar and got a little jack first cast. Had some other hits, needle fish, other little jacks. Got a good thump and this fish had some power. Fish stayed low, decidedly un-trout like and I decided to walk it in. I get shallow and see that it’s a big sub slot/barely slot type of redfish. That hardly ever happens in the surf for me, but it pops off before I could put my hands on it. One more fish I get after that, a plus sized gulf whiting.

My instincts/educated guess was things would be good the following morning. So I went this morning, same beach, almost the same spot. Tide was up 1/2 a foot from yesterday. Zero chop, but those same rollers were coming in. Water was about the same clarity wise. Wind was almost nonexistent. Current was minimal, up the shore, if any.

Today, I fished the first gut exclusively. From the time I waded in at 7:30, it was pretty much non stop fish on until about 8:15 or so. Mostly trout. Tan borski slider was the pattern I started with and the one that caught all the fish. I put in a shrimp pattern during the lull after, but got nothing. Moved down the beach some and tried the borski again and got a few more. 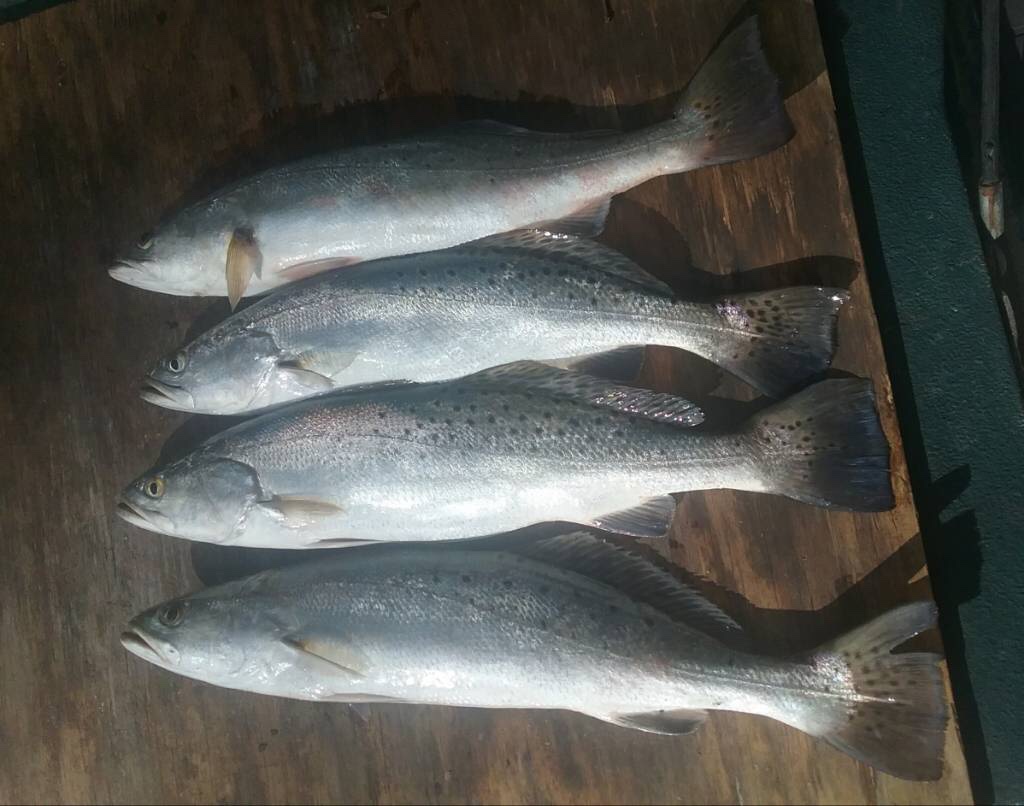 Getz-Some55 wrote:So was this on a fly rod? Nice catches and report.

Yes. I used my two G. Loomis Short Stix Rods. I have the 7/8 and 8/9 weight models or did until I broke the tip section of the 8/9 weight Saturday while landing a fish.

As an aside, I talked to G.Loomis (Shimano) Xpeditor service late this morning and found out the Short Stix series has been discontinued and a replacement was unavailable. They offered me any one of the rods in the IMX-Pro line up. I went with the 9’ 6 weight. I’m out $100 for the service, but the IMX series runs $95 more than the SS so it’s essentially a wash.

I used the two patterns, briefly a tan shrimp pattern and the tan Borski Slider, with only the Borski being productive. If the fish are in the first gut and the waves tame, that’s a really good and relatively hassle free time to use a fly rod. The casts aren’t long, 50-60’, and the waves aren’t creating other problems. There wasn’t a lot of obvious sign, the little schools of 3-4” mullet, however, were staying very close to the bar I was standing on.

Usually, I try to fish with the current, but it didn’t seem to matter much. Toss the borski slider into the gut, choose whatever direction I like, the fish that morning weren’t real particular on presentation or placement.

A short rod at 7’6” like the Short Stix might seem to be a negative in the surf, but they are so ultra fast, highly progressive tapers, tip flexing types and swing so light that I can raise my arm well above my shoulders in wading out in the deeper water (don’t they teach you not to do that, the arm above your shoulder part) and still manage to clear the waves on the back cast, in spite of losing the 1 1/2 feet on the rod as compared to a normal 9’ one.

My new surf kit, the plan is anyway, will be the remaining 7/8 weight Short Stix and one of two 6 weights, either an 8’ ECHO BAG or the 9’ IMX PRO. The flies aren’t big, the casts aren’t long, and the fish don’t demand a big rod and reel. Plans are subject to modification depending on how things go.

I got down to the bare bones, beat up borskis and could not locate any fresh ones in my various boxes so I tied up a few new ones yesterday. 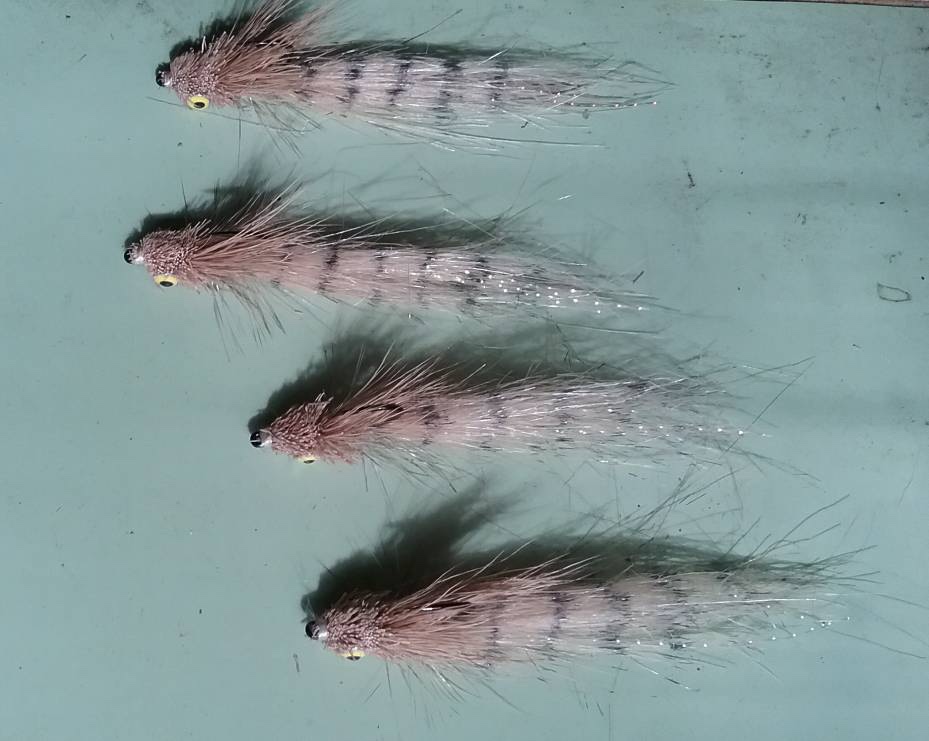 It’s nice to be fishing. Nice to be excited to fish. The surf is so enjoyable if it’s not too rough. Drive right up to your spot, walk a few steps down the sand, wade in a few feet and you’re fishing. I love the kayak too, but full summer heat takes a lot of the fun out of it.

Plan is to keep an eye on the conditions and get down there when it looks right. I might even try to fish the surf well into the fall, at least a little.

By karstopo -  Thu Sep 12, 2019 12:08 pm
-  Thu Sep 12, 2019 12:08 pm #2292635
I love fishing the surf. It was always something I really got excited about since I was a wee lad. I moved away and got busy and missed out on years of fishing there. Funny you mentioned New England, I have fished for and caught stripers and bluefish in the cape cod surf. Heddon Super Spooks worked great along South Beach in Chatham.

When I lived at Surfside beach several years ago, I loved walking down to the surf in the mornings or evening 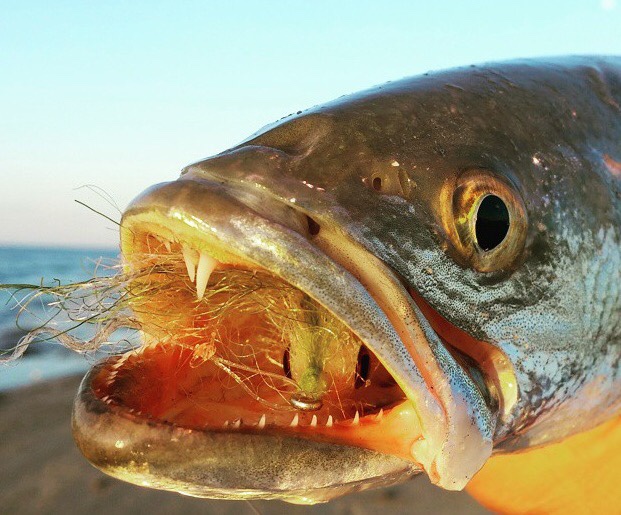 I started fly fishing the surf here about 4 years ago. Steve Farrar Blend Baitfish were the first things I tried and had success with, besides a brief period with clousers. 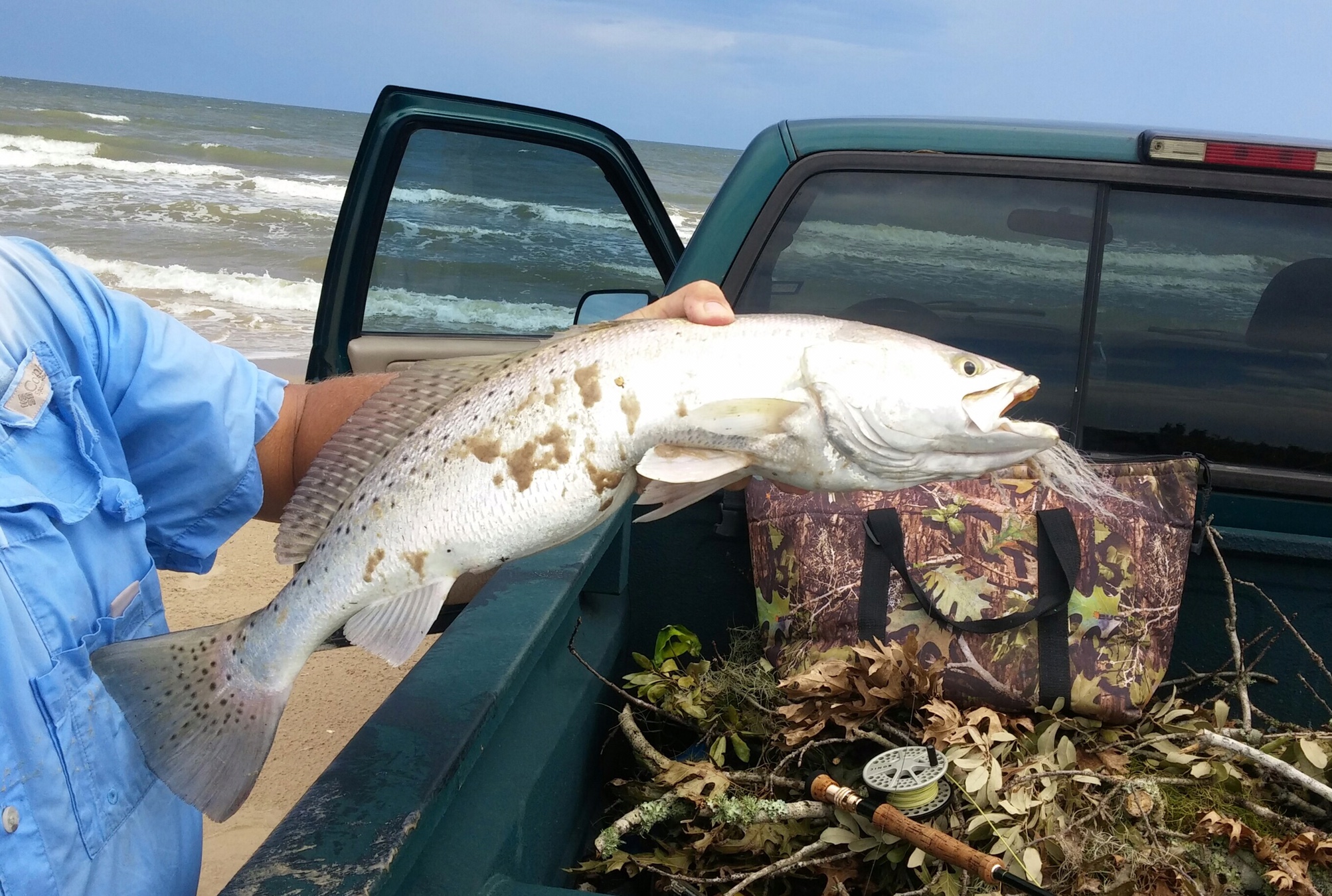 Last year, I got on the Borski Slider kick out in the surf. I think a number of things can work. Main thing is to try and read the water. There’s always a target and particular presentation I’m doing when I fish the surf with lures or flies. I will move around looking for sign and structure plus currents that look right.

The fish aren’t random so neither should we be. 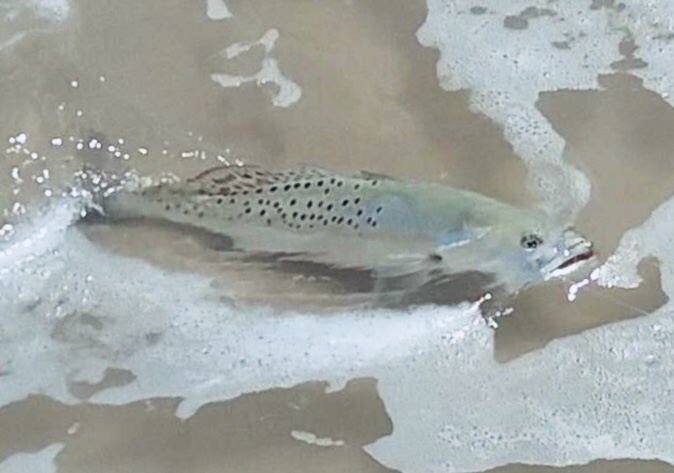 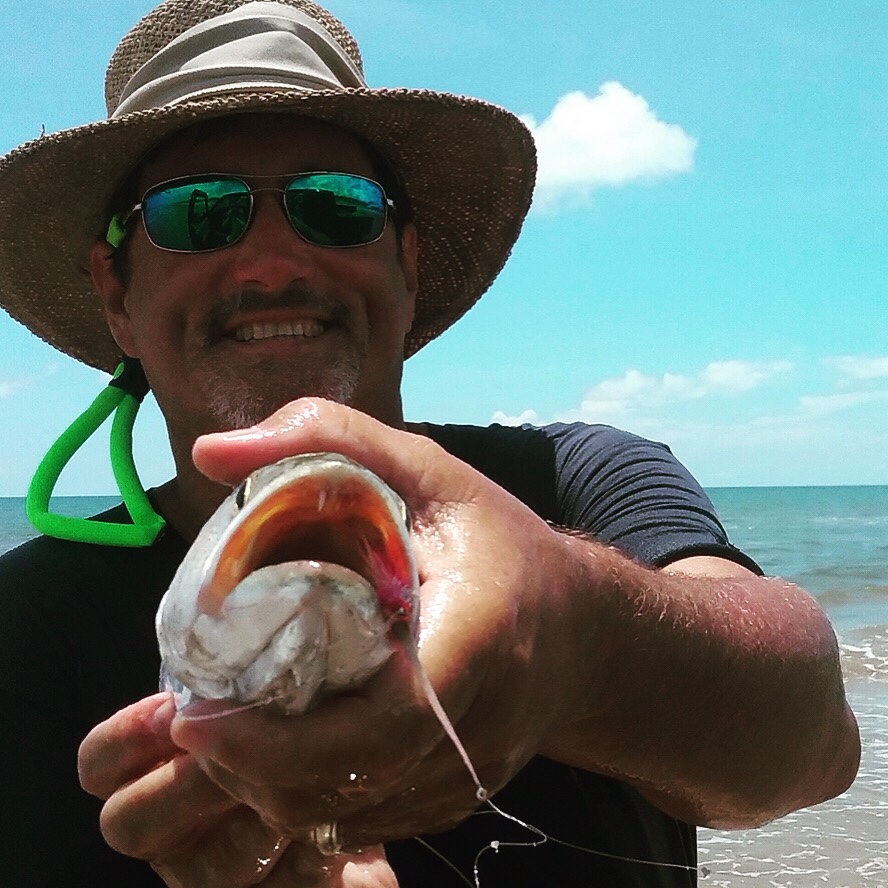 By NativeSon -  Fri Sep 13, 2019 4:59 pm
-  Fri Sep 13, 2019 4:59 pm #2292728
Couldn't agree with you more, love fishing the surf.
It has broken my heart many, many times, when conditions seem good but the bite ain't on.
But when it's on, it's on, and there's nothing like it.
Clean sand bottom, the wide open Gulf in front of you, and easy drive up fishing like you mentioned.
I have fished it many times with nothing more than swimming trunks and a rod, so simple.
Some of the surf cams I've used in the recent past now seem to be non-functional, so it's a little harder to monitor conditions, which of course in the surf can change in the blink of an eye.
Something I've thought about over the years, is placement of artificial reef structure close inshore in popular fishing beaches to attract more gamefish to the surf. Yes, there are the Galveston seawall groins, and jetties. Might be pie in the sky, perhaps hindrance to navigation, or structure subject to migration in such shallow water, or just the outright expense.

There is a post on TexasFishingForum that says a n[…]