Just 2 or 3 days after our first cool front I went for an afternoon fish. I launched at 1:30 pm and was greeted with warm temps and a blue bird sky. I came to this area because in the last few trips out it felt like it was getting right.. + I knew there was a ton of bait here. Upon launching I was working a drop off and picked up 2 sand trout back to back on a gulp shrimp with a quarter ounce jig head. I imagine I could’ve caught more if I stuck to that area, but I wasn’t interested in catching sandies, I wanted to get on some redfish.

I peddled over to a drain I knew had been holding bait. I tied on a root beer with chartreuse tail Vudu Shad and started picking it apart. Within 10 casts I hooked up on my first slot redfish of the day, a 21 in guy. 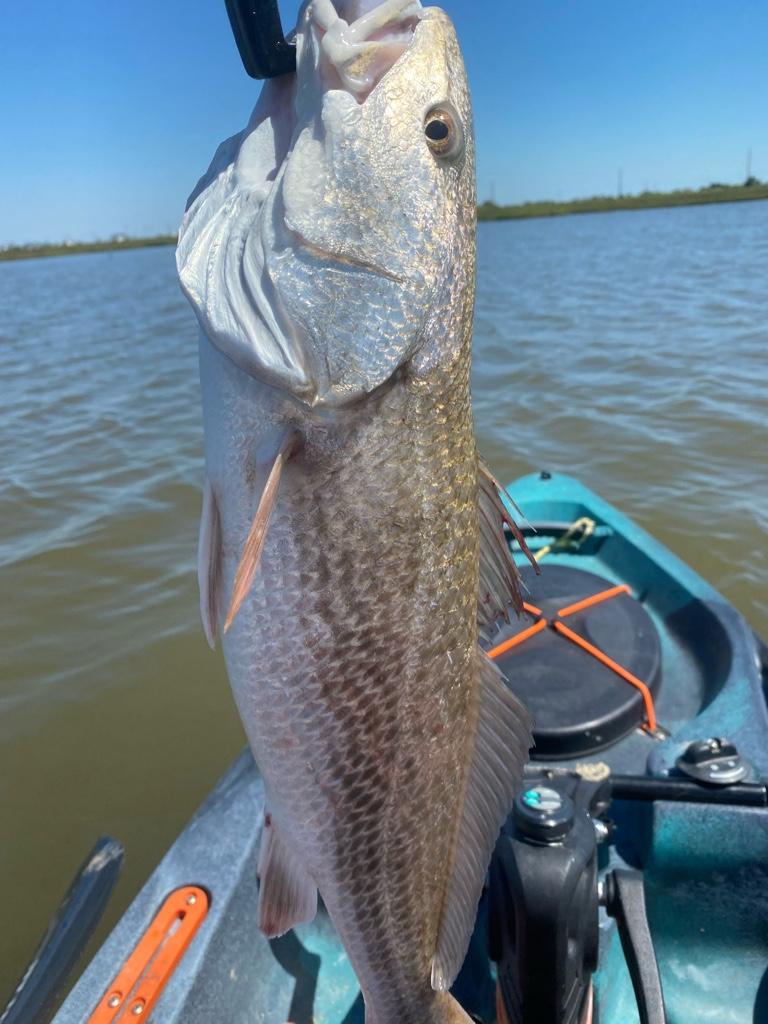 After unhooking and getting that guy in the box I positioned myself to hit that same area, a few casts later I hooked up again, but when I pulled it up I was greeted by a stinky gaftop… I shook him off and got back in there and hooked up quickly again… But yet again I pulled up a slimy gaftop instead of a red. I thought it was interesting that there were so many gaftop mixed in with the redfish, I haven’t come across this before.

I didn’t want to give up on the area just yet so I positioned myself closer to the inside of the drain. I casted to the corner where it goes from shallow to a slight drop off, I jerked the Vudu Shad a few times and had an aggressive eat… But instead of a gaftop or redfish I pulled up a nice 20in flounder. 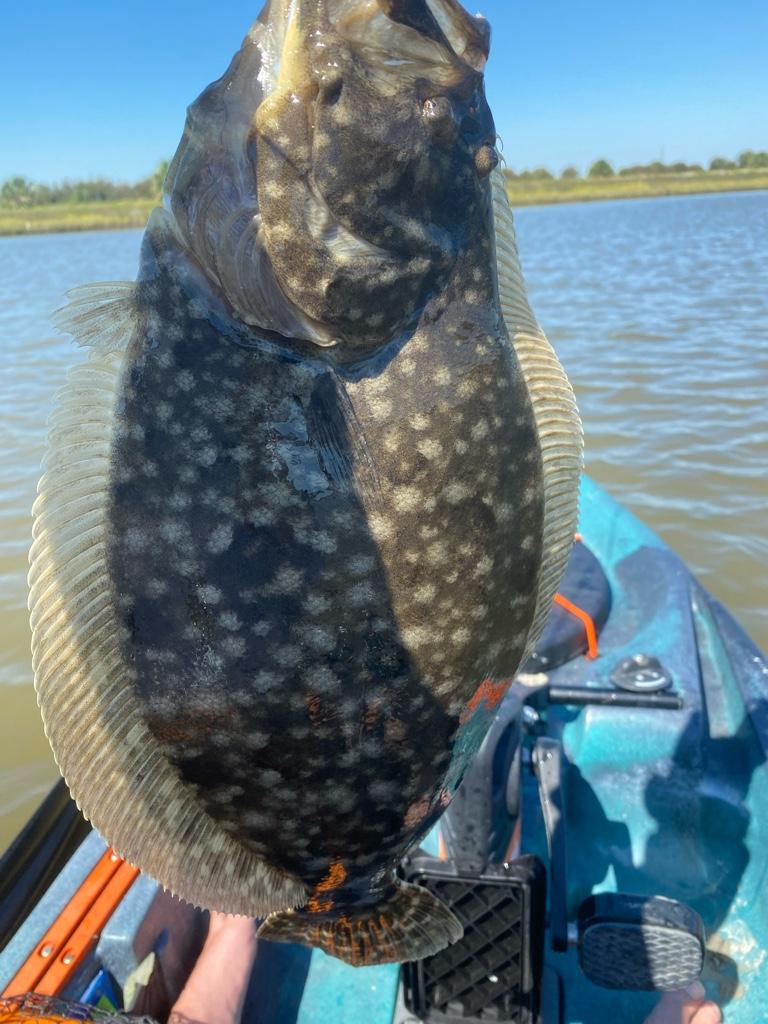 I was excited about this, I don’t catch too many flounder these days. A few hours had gone by and I felt I had exhausted my efforts in this area so I headed deep into the marsh back lakes. 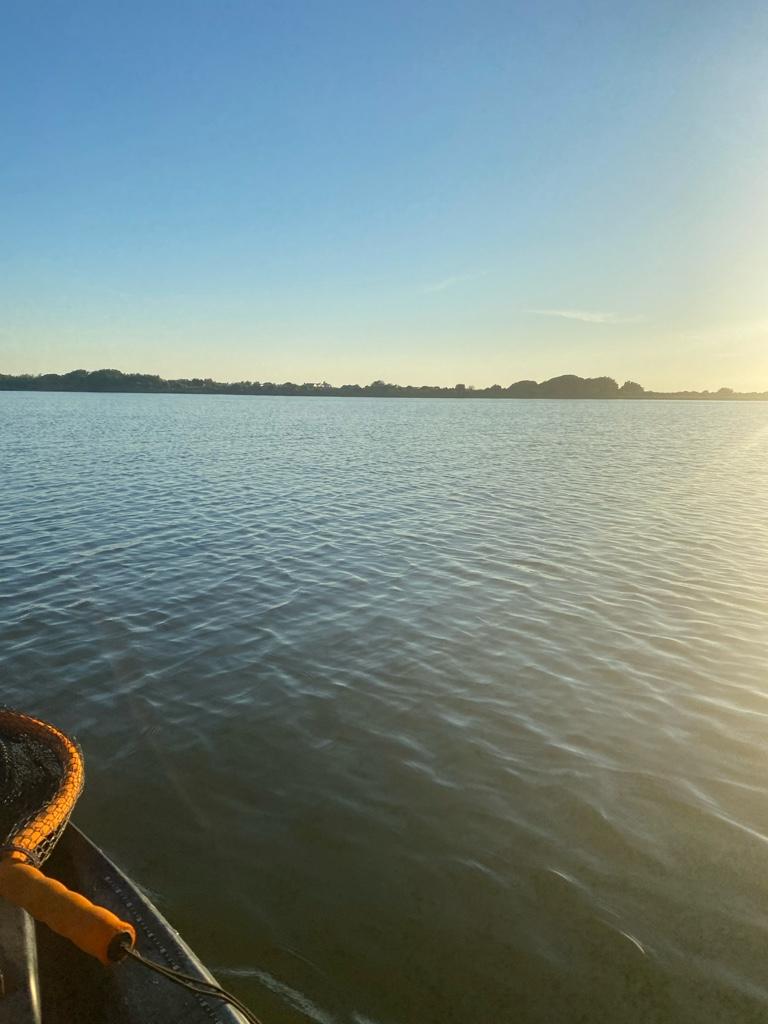 Upon entering to the back lakes I saw a spike of activity, redfish were everywhere. Pushing wakes in the middle and blowing up bait in the grass. Water depth here was 6in to a foot in most areas. I was drifting through a narrow cut when I saw the back of a redfish who just exploded on some bait, I cast right to it and hooked up immediately. He was 19 and some change. 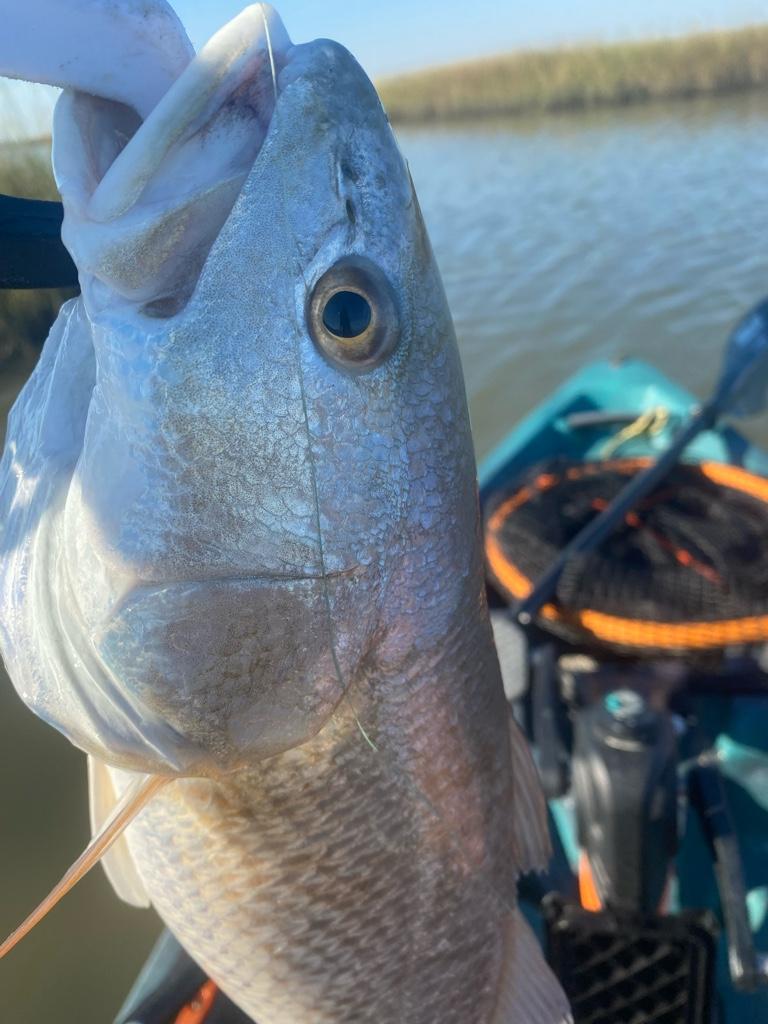 I continued to paddle around and there were small schools in almost every little pocket of the back lakes. 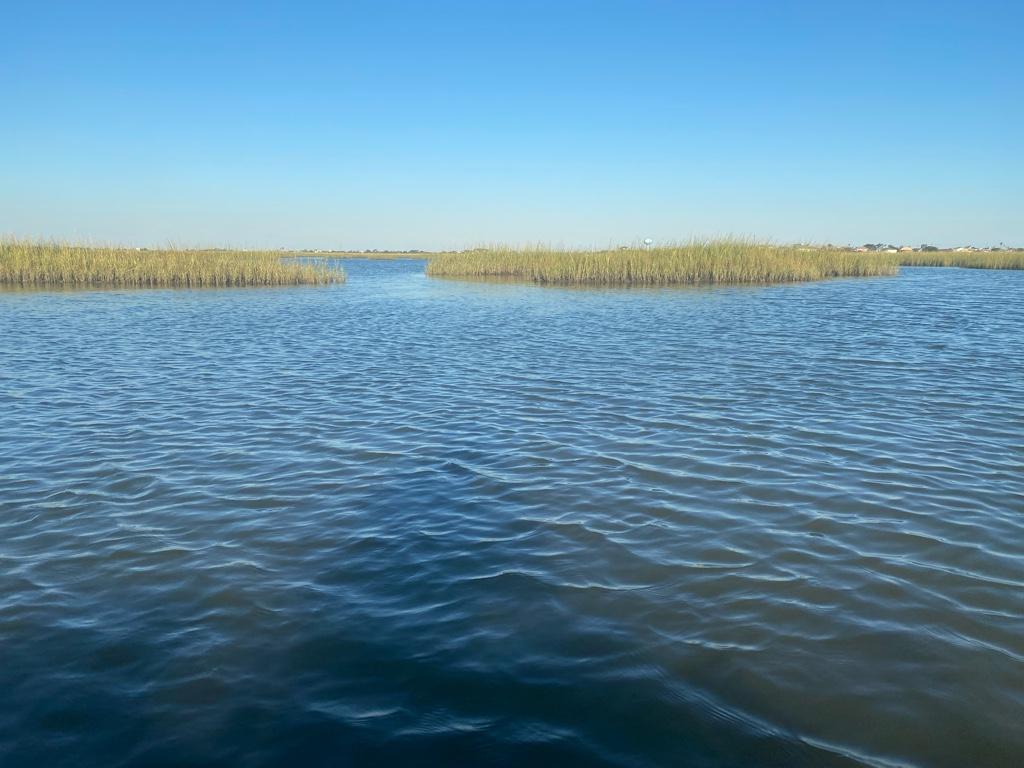 I scouted around and found 2 redfish tailing and eating in the cut between the grasses above. Again I cast to with my Vudu Shad and hooked up, this guy was bigger and put up a better fight. 23 in. 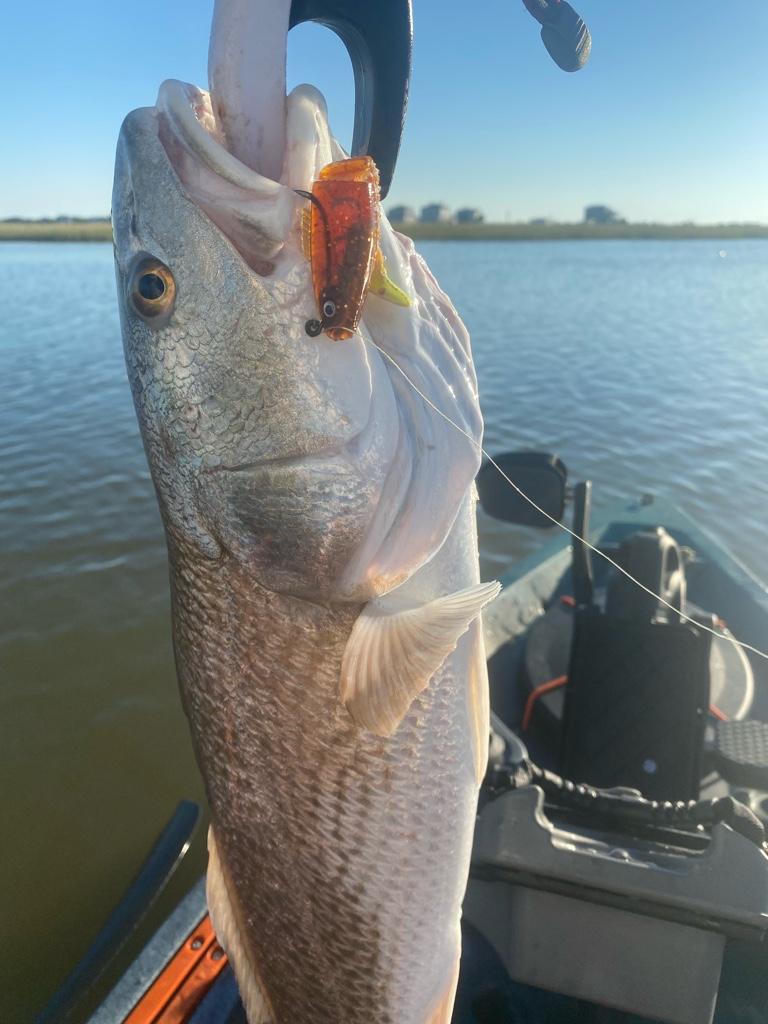 I continued this pattern of checking little pockets of the back lakes and landed another 24 in red… all in all I landed 5 reds and lost another. Hard to beat sight casting to redfish in inches of water.

This day was spectacular and was a perfect example of just go fishing when you can, you never know what you will run into.

Ron Mc wrote:Couldn't ask for better fishing weather than the past week.
It's nice to be close to the water.
Thanks for the report and nice photos.

I definitely stayed out longer than I normally do and it paid off.

I am 100% new to Kayaks and dont have the best balance in the world so something very stable is what i need.

Again, awesome report - Thanks for sharing!

EastTNFishn wrote:Awesome job man and thanks for the report. I am new to this group, will be working in South Houston area for a while. I have been lurking here lately reading all I can to figure out how I want to get on the water here and get after some fish. Started out looking at boats but will be a headache to store since I am in my camper, deciding on Kayaks now.... BlueSky 360 angler pro

I am 100% new to Kayaks and dont have the best balance in the world so something very stable is what i need.

Again, awesome report - Thanks for sharing!

Welcome to Texas and welcome to the board. I would suggest looking at a Hobie Outback or a PA if you are concerned about balance issues. I use the Outback for BTB and it is pretty stable. I haven't fished a PA but my understanding is it is even more stable than the Outback. Others on here would probably be able to give you recommendations as well.

Thanks for the report YakBoi. I missed getting out with Don and Shoffer so reading reading reports is my vicarious living.

I may be off this weekend so hopefully check a few out. I may even run down to surfside or Galveston jetty's to check that out or the "groins"

im reading about those and watching videos to learn more about it.

Thanks for the good info and action photos of your afternoon trip. Next time you go at night, think about inviting the Hobie Navy. We'll keep your secret fishing spots confidential.

Great report and great pictures! Gets me itching to go prior to my buddy's POC Boys of October birthday event in late October as we go for the bull Reds!

You've got me thinking!

Thanks again for a great report!

Get to the marsh when you can, it’s getting good!

It's no longer available, it's in process of being[…]