Finally! I looked a long time for a decent buck this year.

Finally! I looked a long time for a decent buck this year.

After weeks and weeks of does and small bucks with a lot of potential, I was growing tired of passing them up. My son kept seeing "junky" bucks that needed to be removed from the herd, so he used my rifle and knocked three deer down in three weeks ...but his old man still figured eventually a good deer would make a mistake within bow range. On December 27th it finally happened when a nice eight strolled in following his girlfriend. To my surprise he put his head down for a bite to eat, so I prepared for a broadside shot. When he obliged I sent the arrow his direction, and it went right through with a muffled thump, landing on the ground beyond him. Instantly the buck turned to scramble for parts unknown, but his front legs just weren't motivating like he wanted. He left at high speed with his front legs doing their best and his head nearly dragging the ground, and he plowed headfirst into a tree while moving along at his new top speed. The impact resulted in a loud crash and feet/antlers/tree branches flailing in all directions as he tumbled. He got up and began to run again, but ten yards into his run he suddenly stopped, cocked his head to the side (realizing something didn't feel right, I'm sure) and then fell over dead. He laid there less than 70 yards from the blind and my season was over. What a relief! 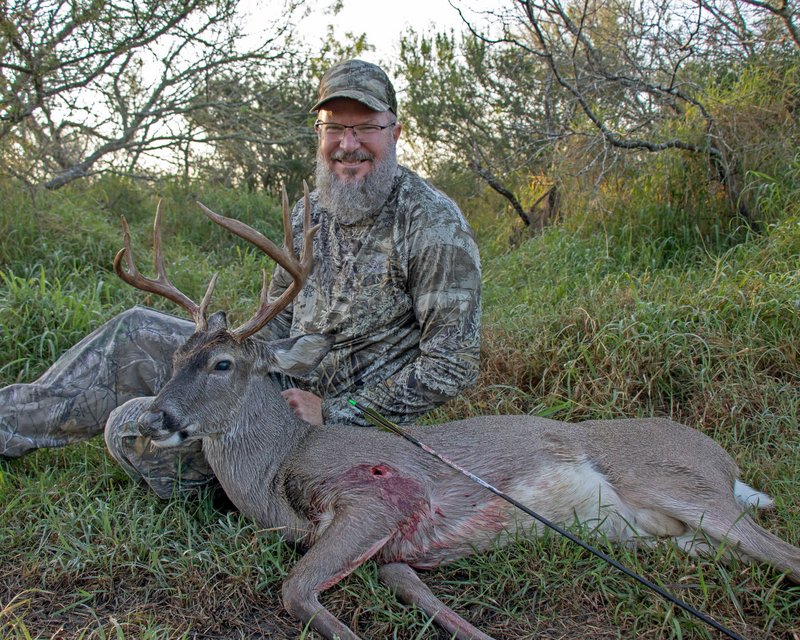 I had been practicing with a 40# longbow to regain arm strength that had been lagging since the last neck surgery, and I was getting pretty accurate with it as archery season began. My confidence was good out to 15 yards but beyond that things were not so favorable. I took a doe with it in October, and the shot was so quiet that the other 11 deer that were within 15 yards didn't spook. Their continued feeding helped me wait an hour before trailing the deer. Since bucks don't tend to stand at any specific distance during the rut (especially at 15 yards), I figured the compound would be a safer bet to finish the season. All ended well and the Madden freezer is full of red meat again. I plan to keep shooting the long bow and hope that next year I can take more than one deer with it. Here's the doe from early season: 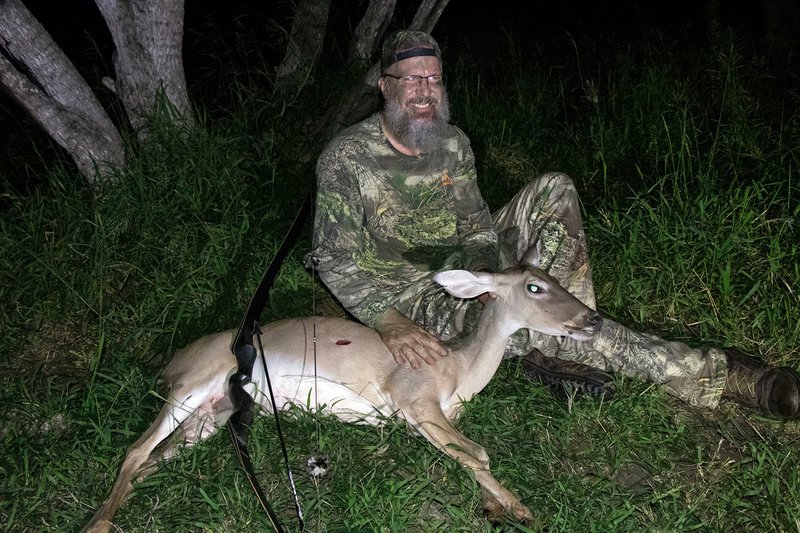 Re: Finally! I looked a long time for a decent buck this year.

Re: Finally! I looked a long time for a decent buck this year.