Got an arrow in a nice one

Got an arrow in a nice one

I commissioned a custom longbow early in the year and had practiced until I felt good with it. The first trip out I had a dozen does and a huge bodied old old ten point come in to the feeder. Eventually he gave me a quartering away shot and as the arrow buried up to the fletches I just knew it was a dead deer. He ran off showing obvious signs of distress, and I gave him a couple of hours. The game camera watching the feeder had worked flawlessly and captured him early as he fed before daylight, then prancing around chasing does, and then with fletches hanging out of his side as he ran off. Those older deer can be very tough and I didn't want to take a chance of bumping him by looking too quickly. When I took up the trail blood began very sparse but got better and better. Several yards along his trail the arrow was laying there covered in blood where it had pulled through the opposite shoulder. I felt confident and kept trailing. At almost a hundred yards the deer turned 90 degrees into the thicker trees and stopped, leaving a big pile of blood ...and then nothing. I searched from 10am until dark and never found as much as another speck of blood. I returned three times that week to look for buzzards or some other sign but nothing. I was crushed that I had killed a magnificent buck and he went to waste. I hung up the longbow in favor of the compound with its sights and ease of accuracy. 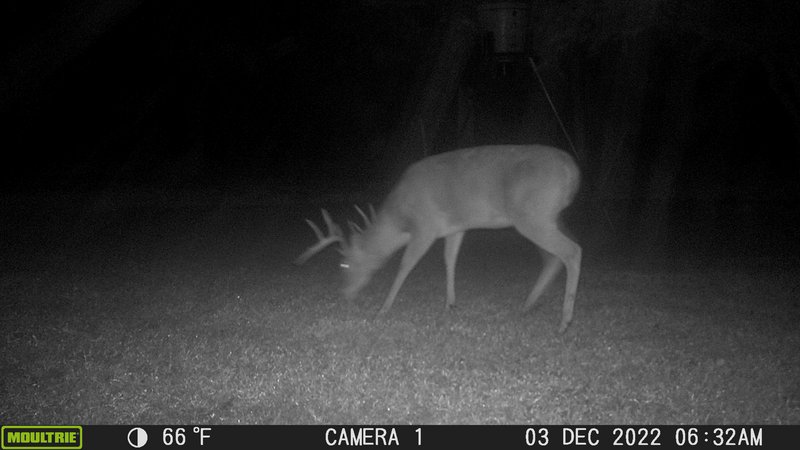 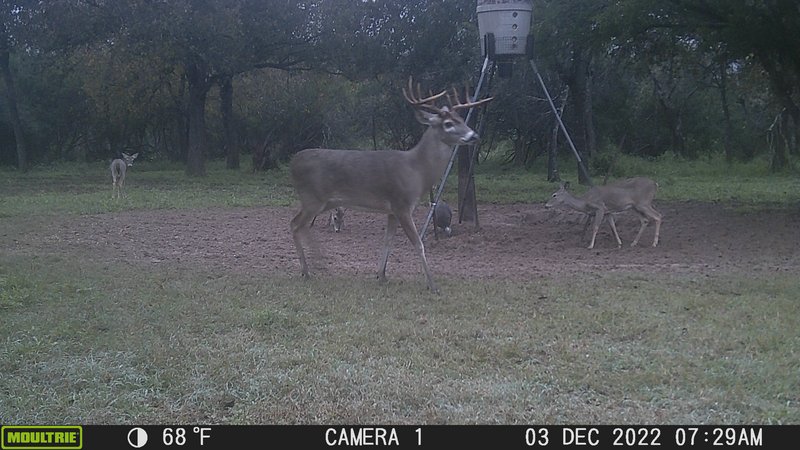 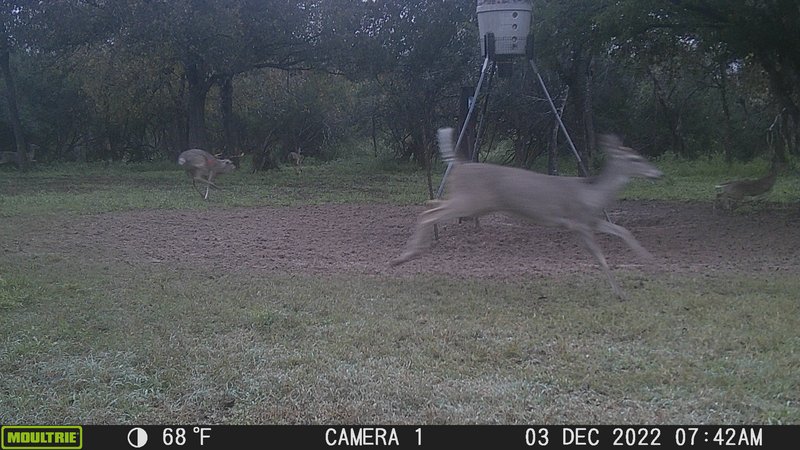 A few weeks later I was in a different spot and back at it, and my does went on alert looking just downwind of the stand. I knew there was a buck out of view watching the ladies and to my surprise he walked through my scent and hopped into the feeder enclosure. With the compound I was 100% confident and sent the arrow through both lungs as he stood slightly quartering away. He made it farther than I anticipated, but went down about a hundred yards from the feeder. Now I can relax and keep practicing with the longbow to continue to improve that skill. I might get a shot at a cull deer before season ends, but at any rate with frequent practice I should be ready for next season when it gets here. 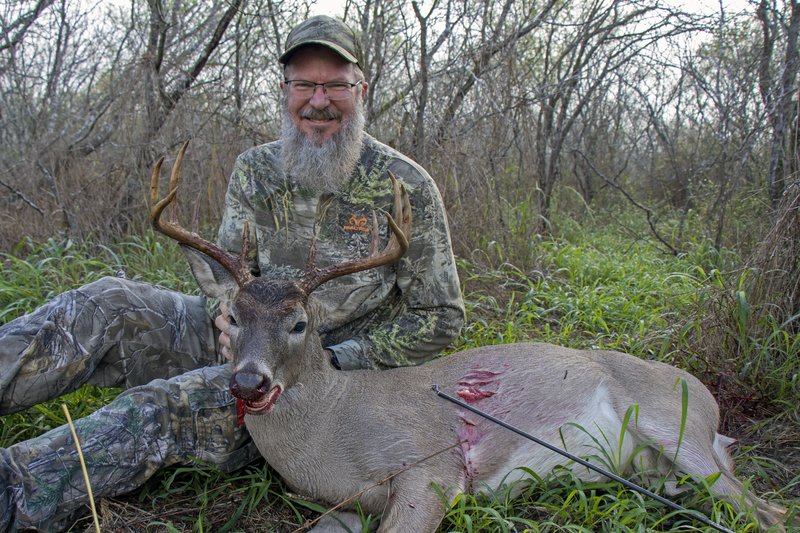 Re: Got an arrow in a nice one

I hunted deer in Texas and Arizona for more years than i remember. I was fortunate to have had an uncle who shared with me his love for hunting, and all that hunting entailed. Beginning in my pre teens, he taught me how to hit what I aimed for, and the safety measures that were an integral part required to do so. He instructed me to never shoot anything other than that which I planned to eat. If I killed an animal, I cleaned that animal, and treated it as I would an expensive porter house steak, until it was time to cook it. He insisted that any game killed should be done in the most humane, pain free way as possible.

My first deer were taken with a lever action 30-30...,open sights. I eventually, over the years, moved up to custom made 270's with scopes, ending my modern rifle hunting with a Ruger single shot 270 with a beautiful mannlicher (sp) stock upon which was mounted an outrageously expensive scope. During my last years of hunting, I employed only black powder flint lock 50 cal. rifles. I never shot a deer with black powder that was over 50 yards away, and had no problem with the round or mini balls dropping them where they stood. I am pleased to look back without recalling any of the many deer I harvested, that had to be tracked for more than a two or three feet from where I shot them.
Top
Post Reply
2 posts • Page 1 of 1